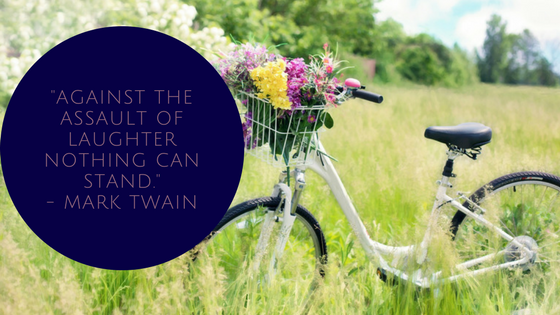 Have you heard about The Swiss Spaghetti Harvest! “For those who love this dish, there’s nothing like real, home grown spaghetti”

Crazy isn’t it! In 1957, BBC played one of the best television hoax ever. It was a three-minute Panorama report that claimed that there is spaghetti harvest in Switzerland. Yes, it was a pasta joke. It fooled millions of people including BBC General Director Sir Ian Jacob who researched the topic in three different books to confirm that it wasn’t true. With this broadcast, BBC earned a special place on April Fools’ Day. Now, the competition to produce the best April Fools’ Day hoax is fierce. Nevertheless, this day is a celebration of practical jokes and humor. I have compiled a crazy list of funny quotes to bring back humor in our life. While you read these quotes, you will find videos of some of the best April Fools’ Day hoax ever!

“Even the gods love jokes.”-Plato

“The first of April is the day we remember what we are the other 364 days of the year.”- Mark Twain

“Here cometh April again, and as far as I can see the world hath more fools in it than ever.” – Charles Lamb

“Never hold discussions with the monkey when the organ grinder is in the room.” -Winston Churchill

“People who fly into a rage always make a bad landing.” – Will Rogers

“A peacock that rests on his feathers is just another turkey.” – Dolly Parton

“Hegel was right when he said that we learn from history that man can never learn anything from history.” – George Bernard Shaw

“Honest criticism is hard to take, particularly from a relative, a friend, an acquaintance, or a stranger.” – Franklin P. Jones

“Against the assault of laughter nothing can stand.” – Mark Twain

“You can say any foolish thing to a dog, and the dog will give you this look that says, “My God, you’re right! I never would’ve thought of that!” -Dave Barry

“A common mistake that people make when trying to design something completely foolproof is to underestimate the ingenuity of complete fools.”-Douglas Adams

“If every fool wore a crown, we should all be kings.” -Welsh Proverb

“We’re fools whether we dance or not, so we might as well dance.” -Japanese Proverb

“A man always blames the woman who fools him. In the same way, he blames the door he walks into in the dark.” -Henry Louis Mencken

If you’ve pulled off an April Fools’ prank successfully, let me know in the comment section below.  Share some laughter!

22 thoughts on “16 Funny Quotes to brighten your day!”

This site uses Akismet to reduce spam. Learn how your comment data is processed.